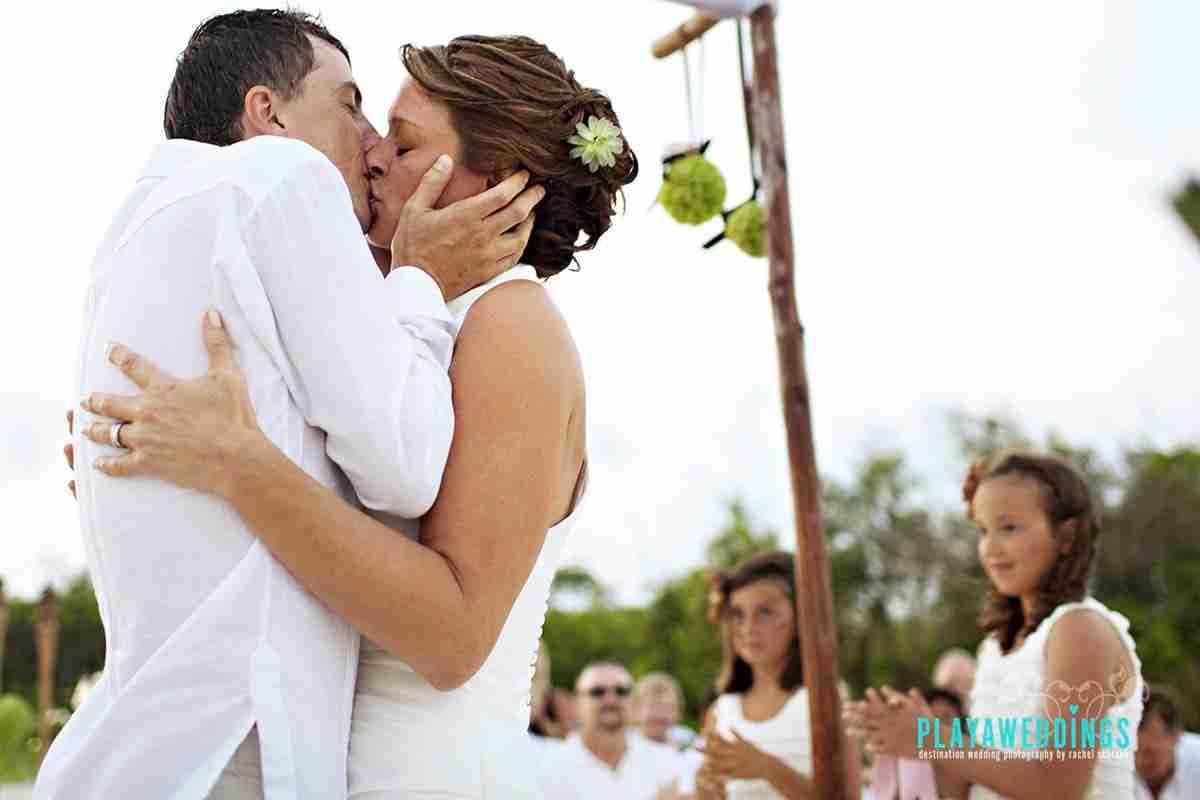 We have been blessed to witness many weddings, listen to many ceremonies and seen many exchanges of vows. I have to admit there is one ceremony that I will never forget. Not just because the groom came to the ceremony on a boat, but due to the way the ceremony had been performed.
Let me tell you this whole story.

Russell, the groom actually wanted to get to the wedding site with a catamaran.
As any good planner, after also seeing the desperate look on the his bride Tamara’s face, I had completely forbidden it! I could see the groom stranded in the ocean, if the wind was not cooperating! No way that I could give him that chance!

So we settled on a fishing motor boat. 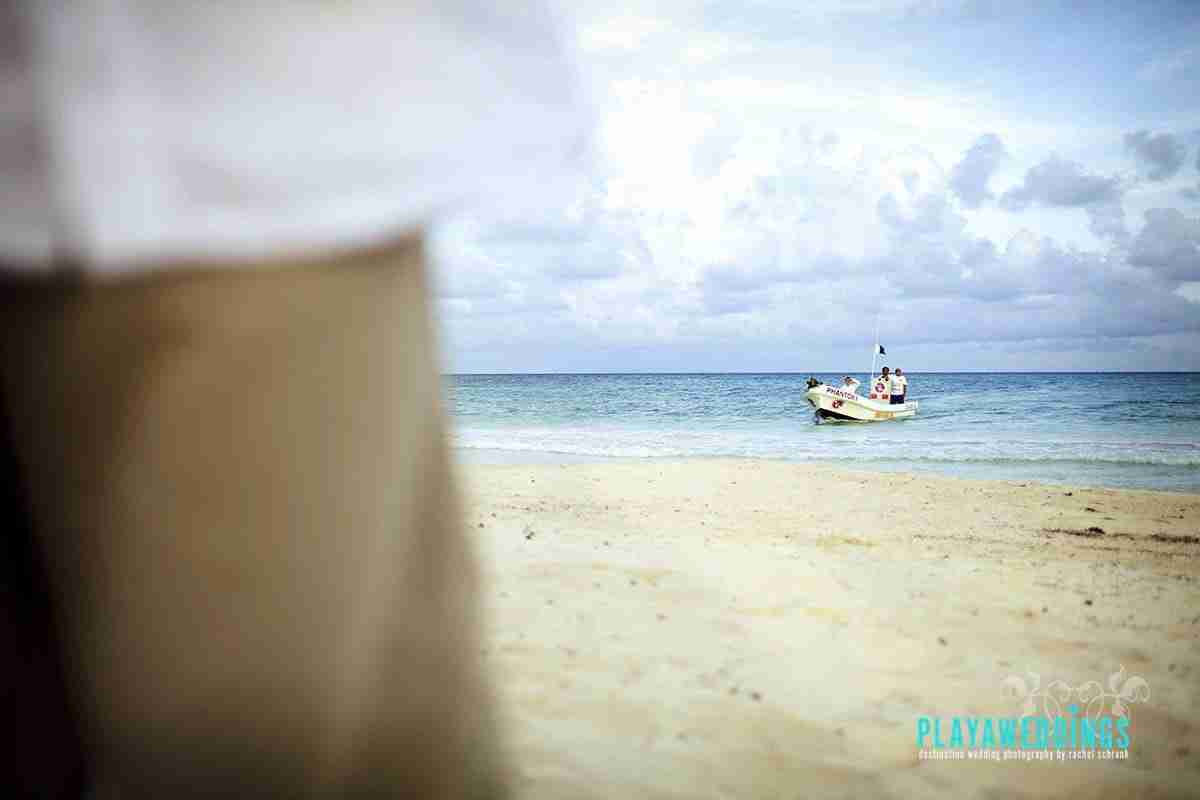 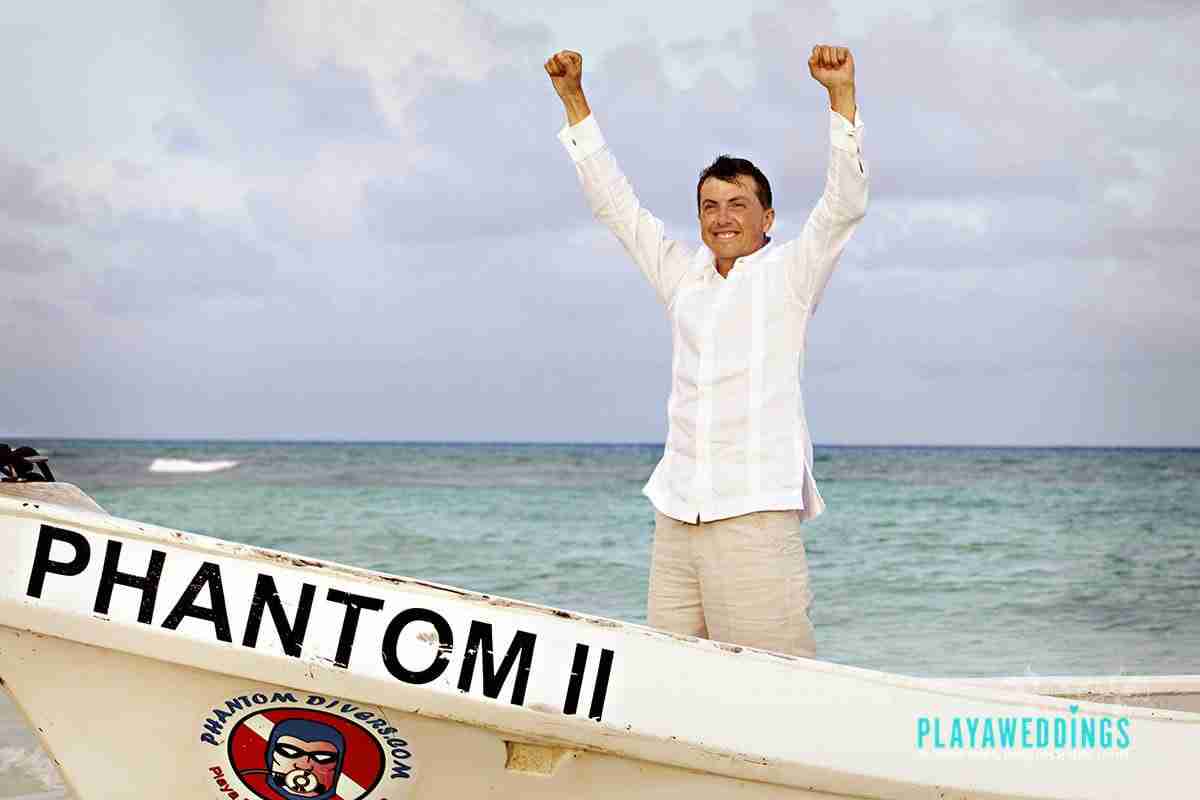 As in any good story, the two moms got lost on the way to the venue and they had the rings too. No moms. Ceremony delayed till their arrival.
The groom had to wait offshore and was offered to fish to try to entertain himself.
Tamara was waiting in the limo and getting nervous for him. 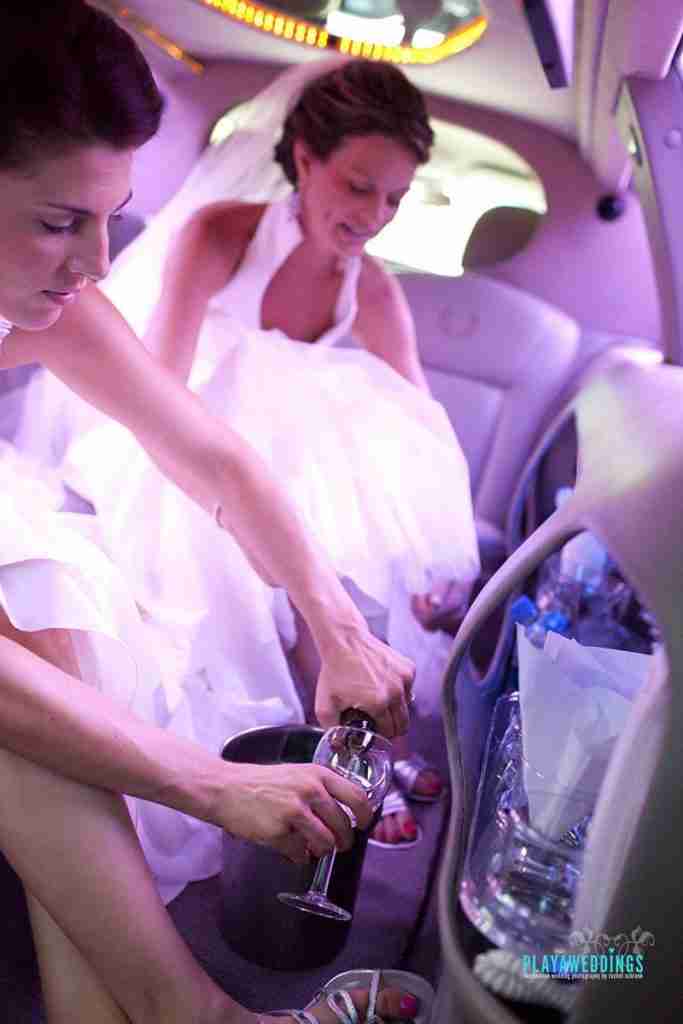 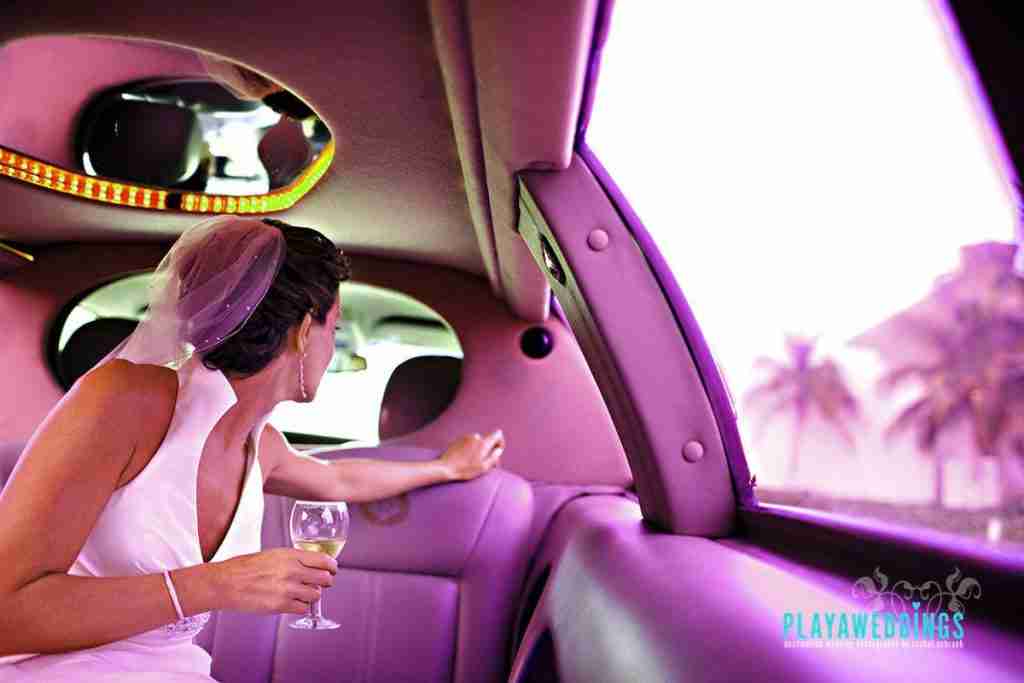 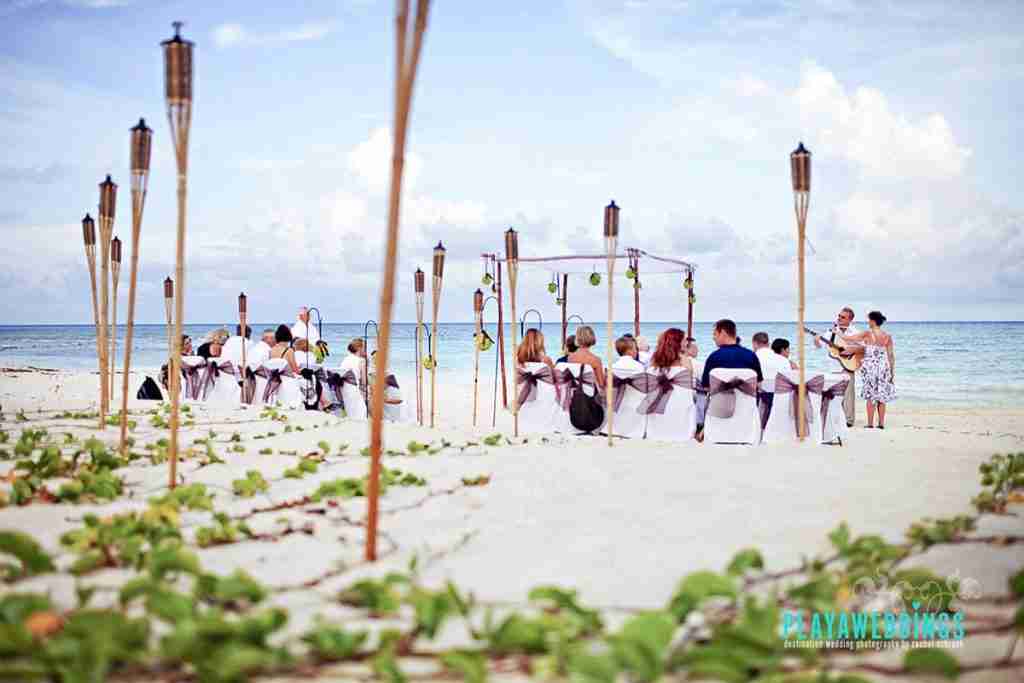 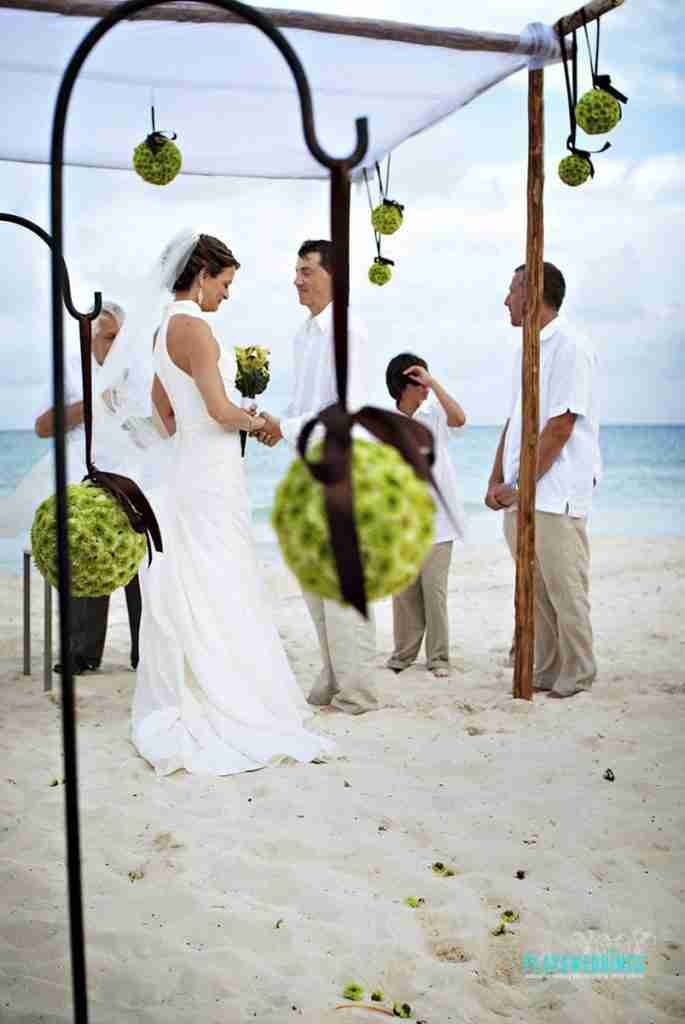 They had their own minister and made a sand ceremony as well. 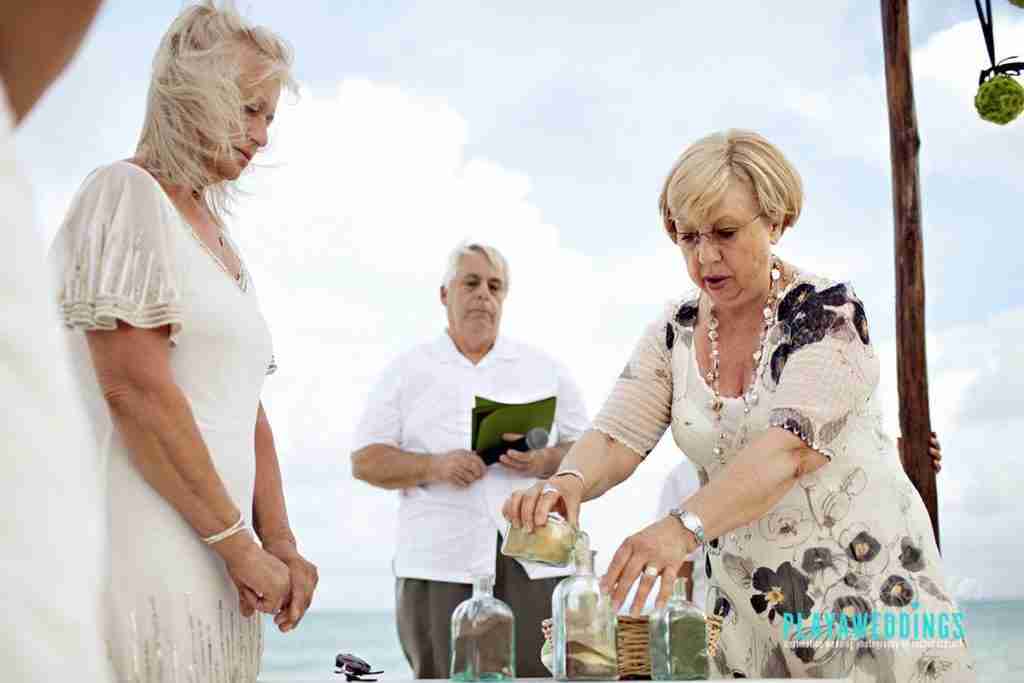 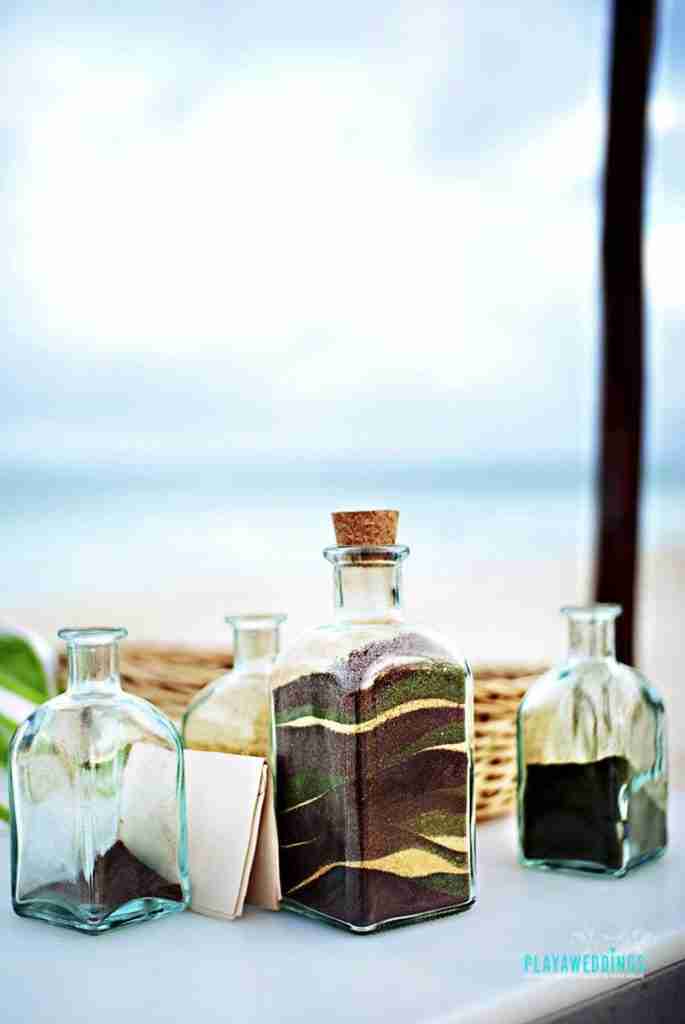 The highlight of the ceremony were Russell’s vows. I have never seen anything like that before and I do not know if I will… well maybe somebody will be inspired.

He was actually very clever and did not have to work hard on preparing them. He got everybody in the party involved. The microphone was passed from one to another. Each one of the 50ish guests asked him a question to which he answered I DO or I WILL.

Will you take her as your beloved wife? 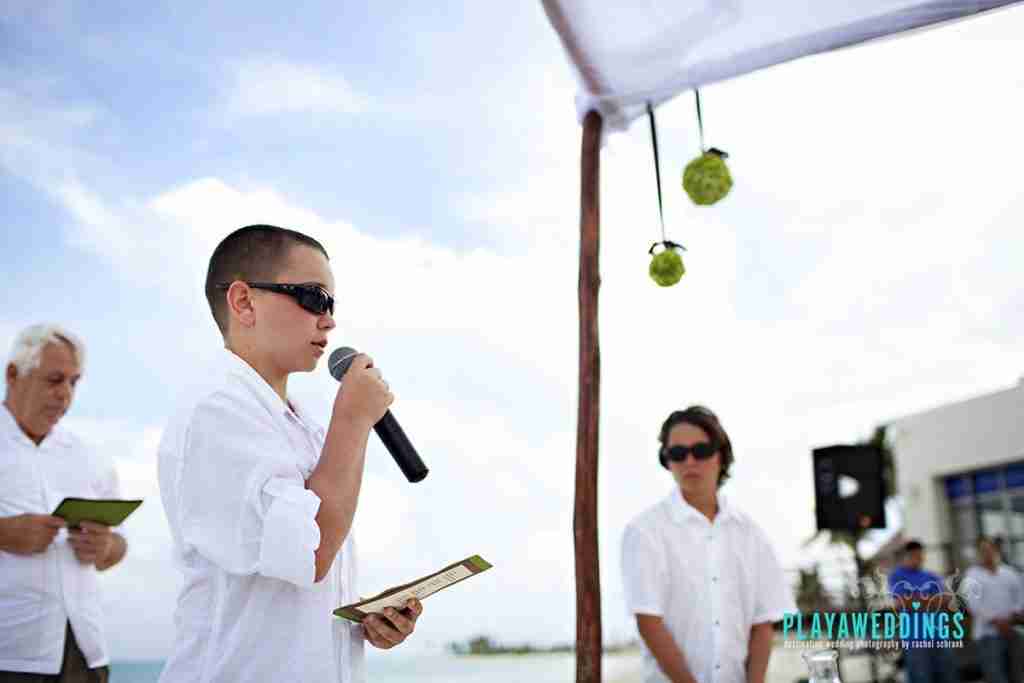 Will be with her in good and bad times? 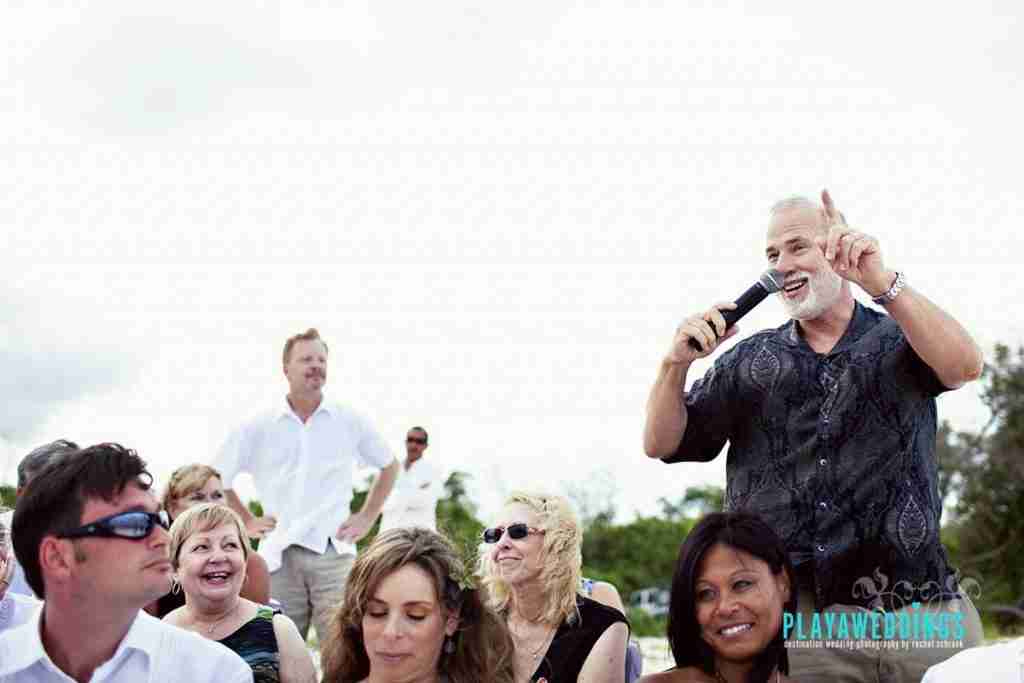 Will you embrace her family as your own and seek out ways to strength these ties? 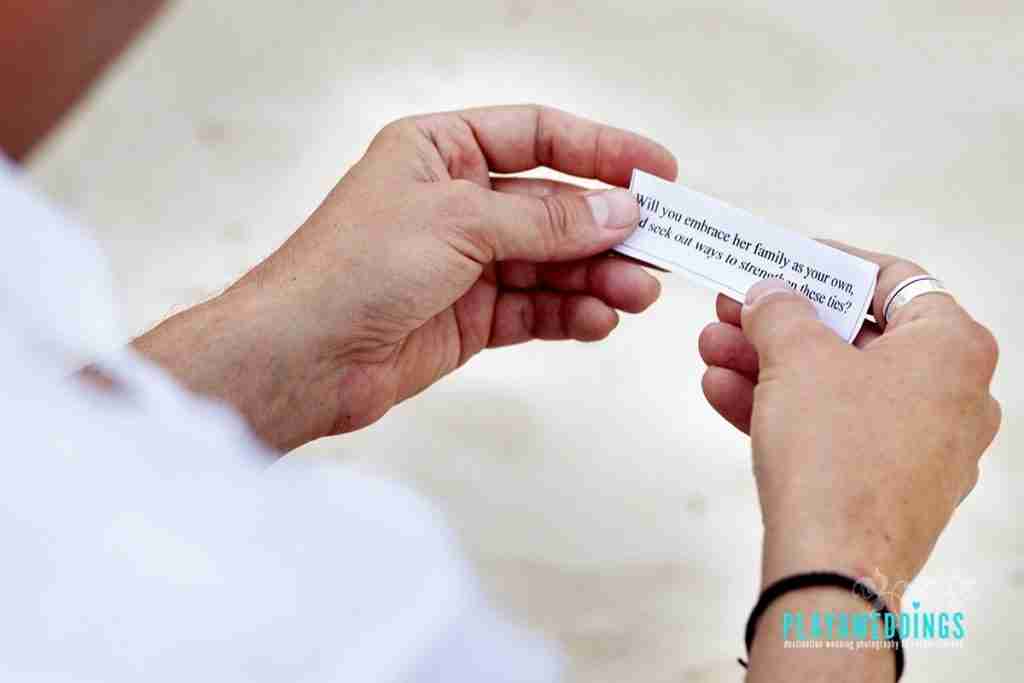 Will you wake up every day early in the morning and prepare a coffee for Tamara and not talk till she has finished it? 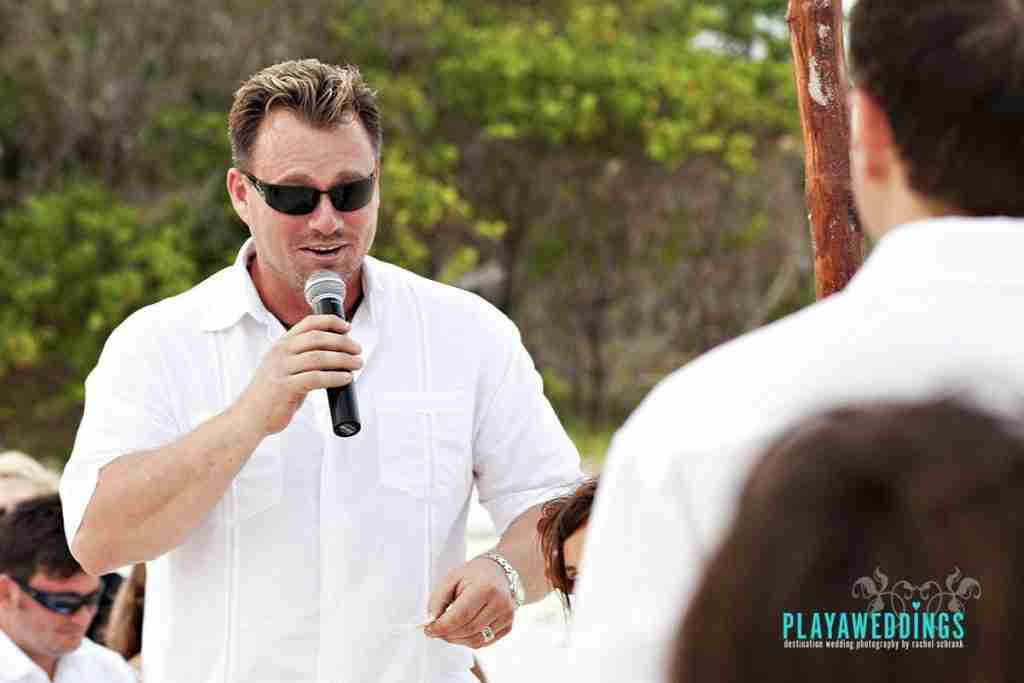 Will you let her go out with her girlfriend every Thursday night? 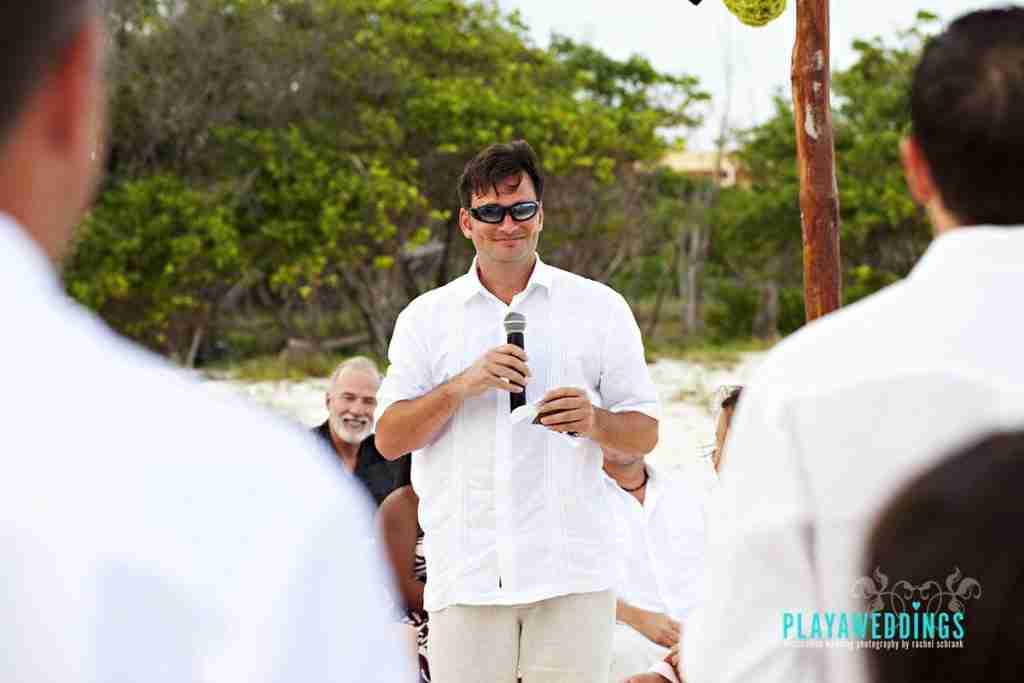 Will you help her taking care of your future children, change diapers and feed them in the middle of the night while she is resting? 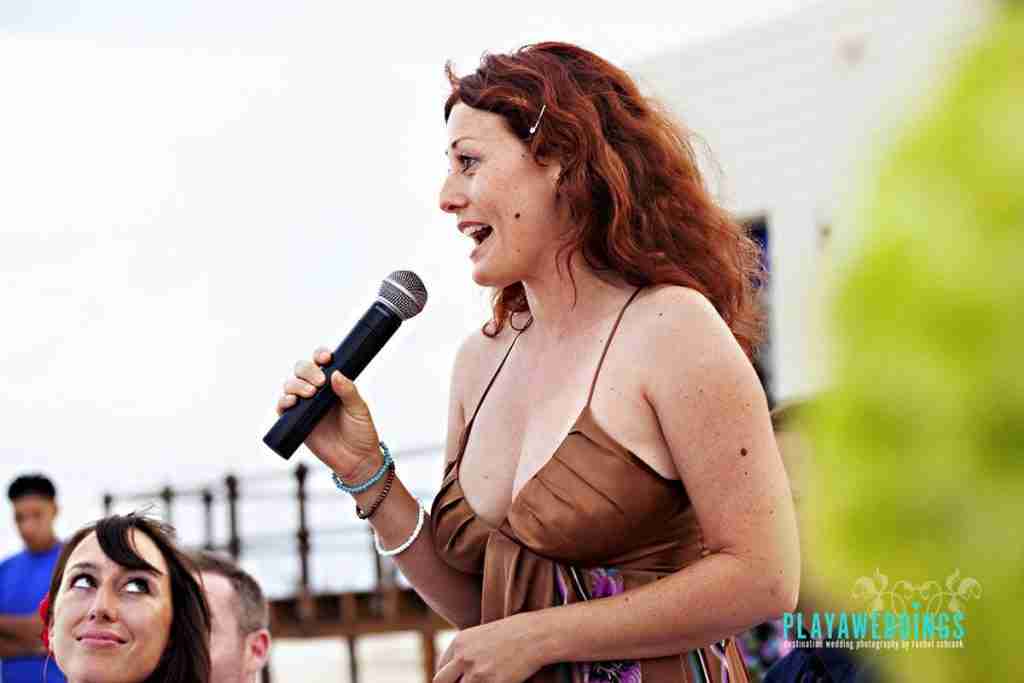 And so on. I will let you imagine the questions! 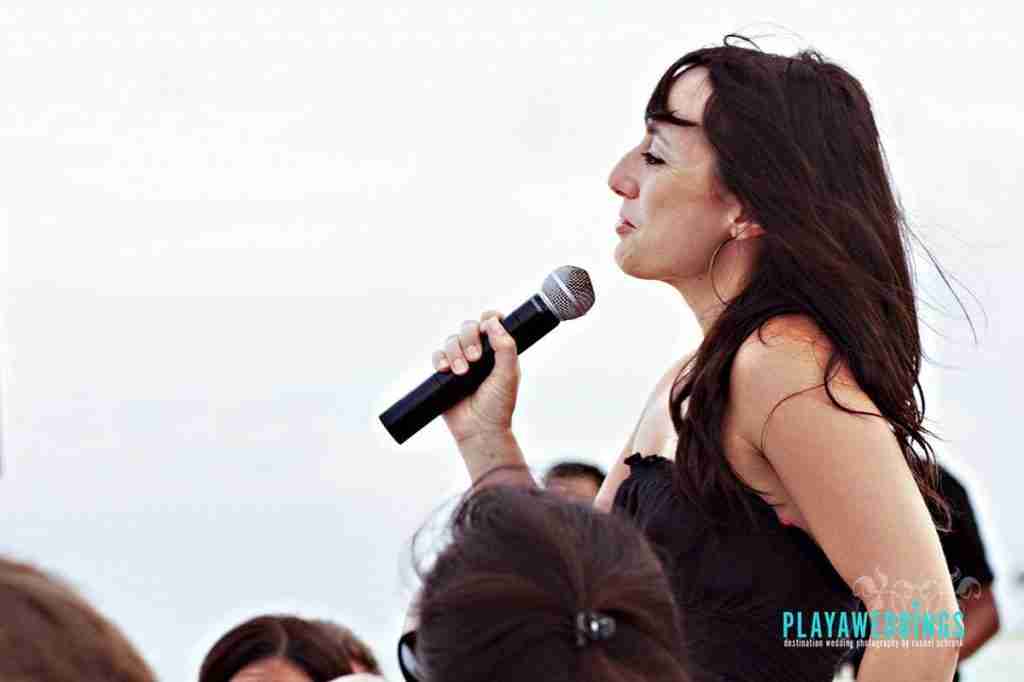 At the end, the final surprise. Diego, our dj, had the recording of Grandma’s question? She was not able to come due to her age and health but she was there with us, in more than spirit! 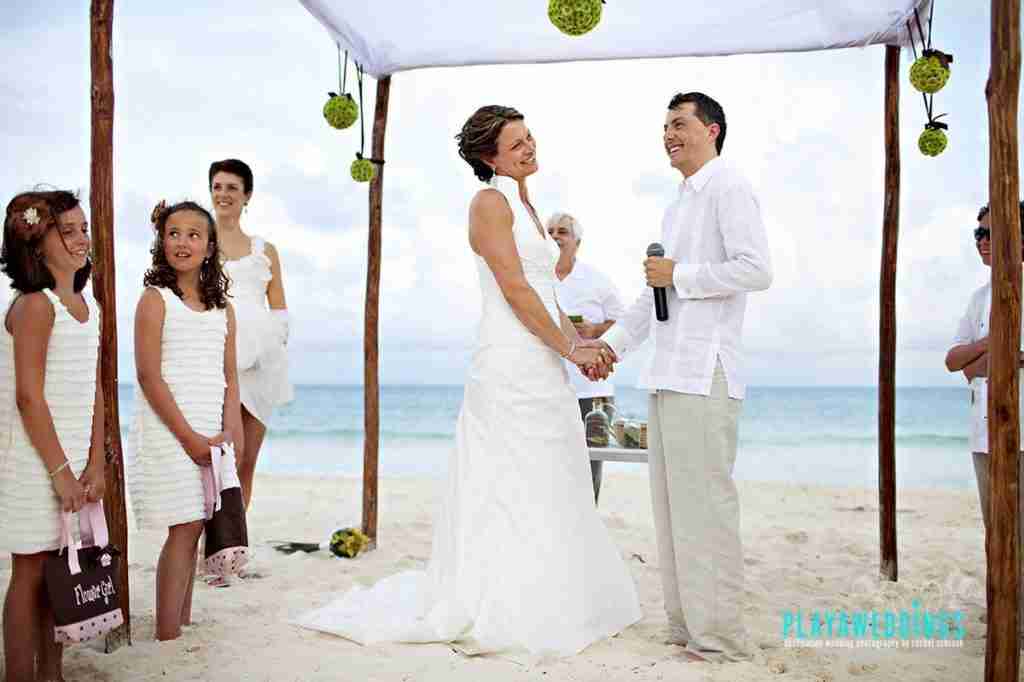 Well we were all crying, from laughters and emotions. 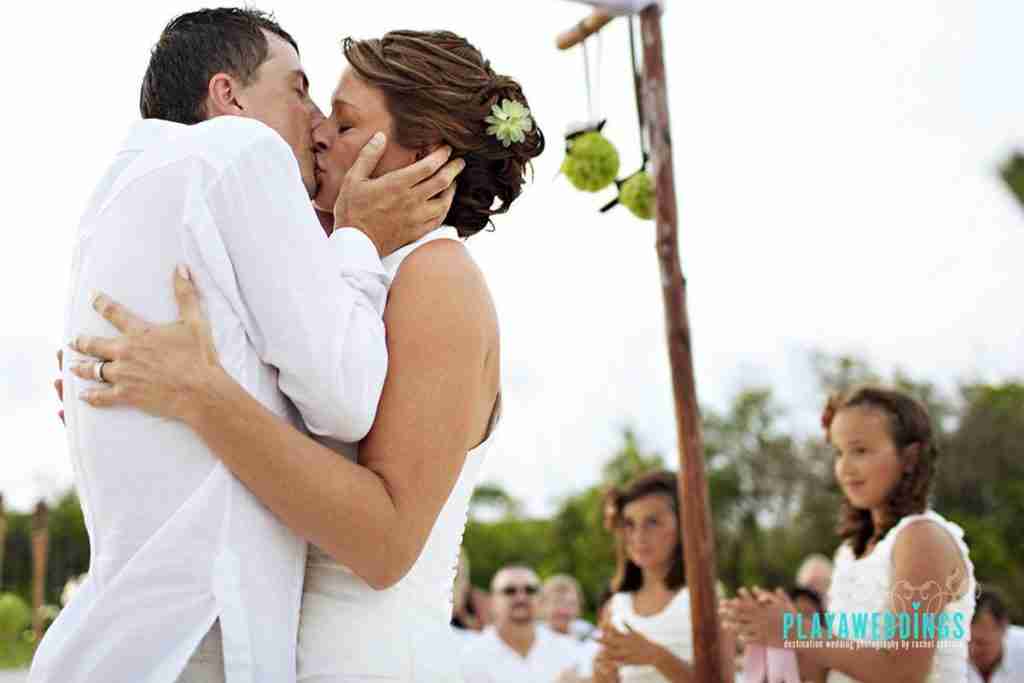 It was very romantic 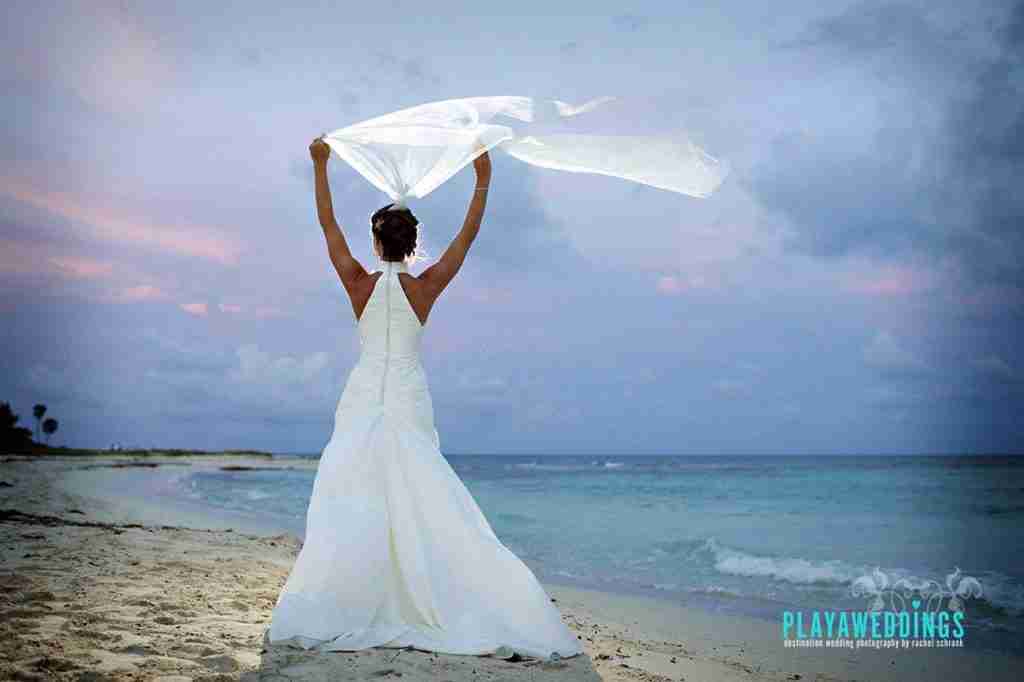 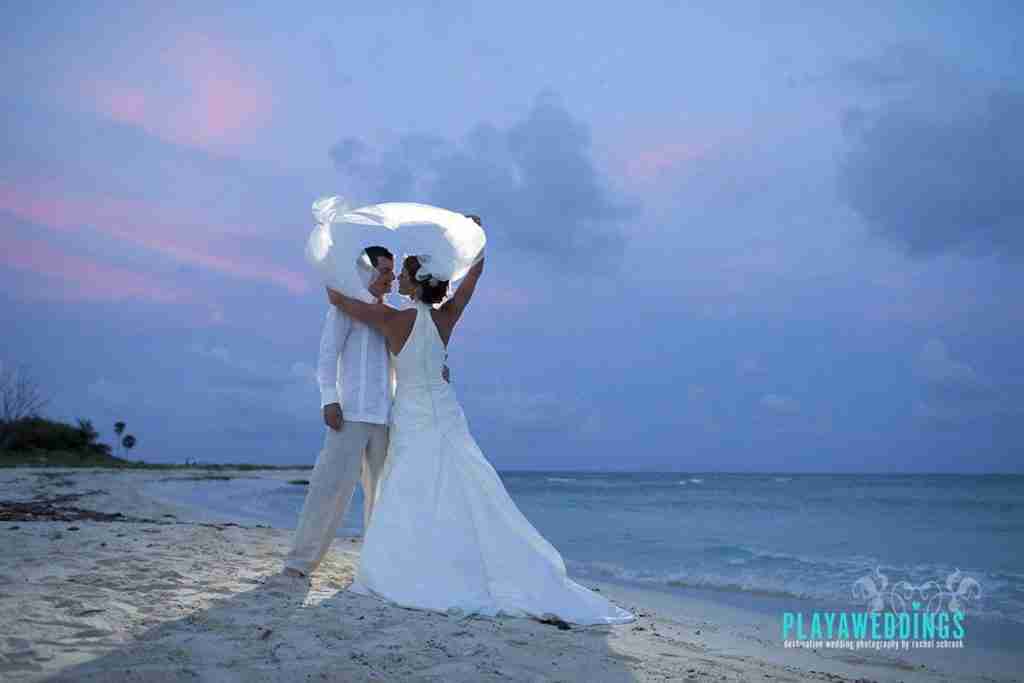 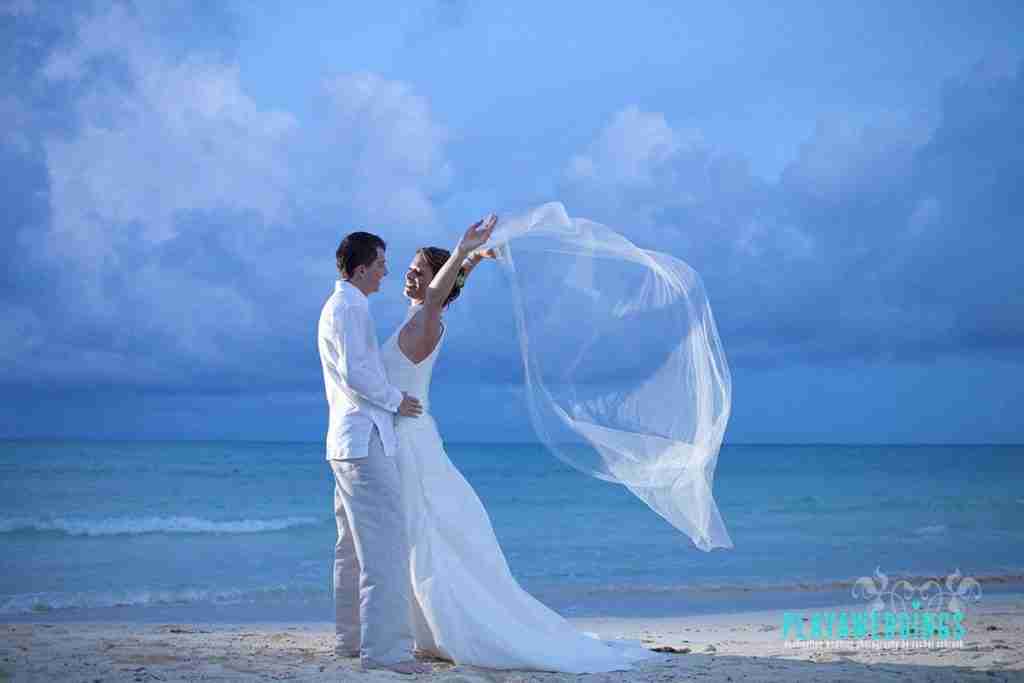 And spectacular with a fire show, when they were still allowed! 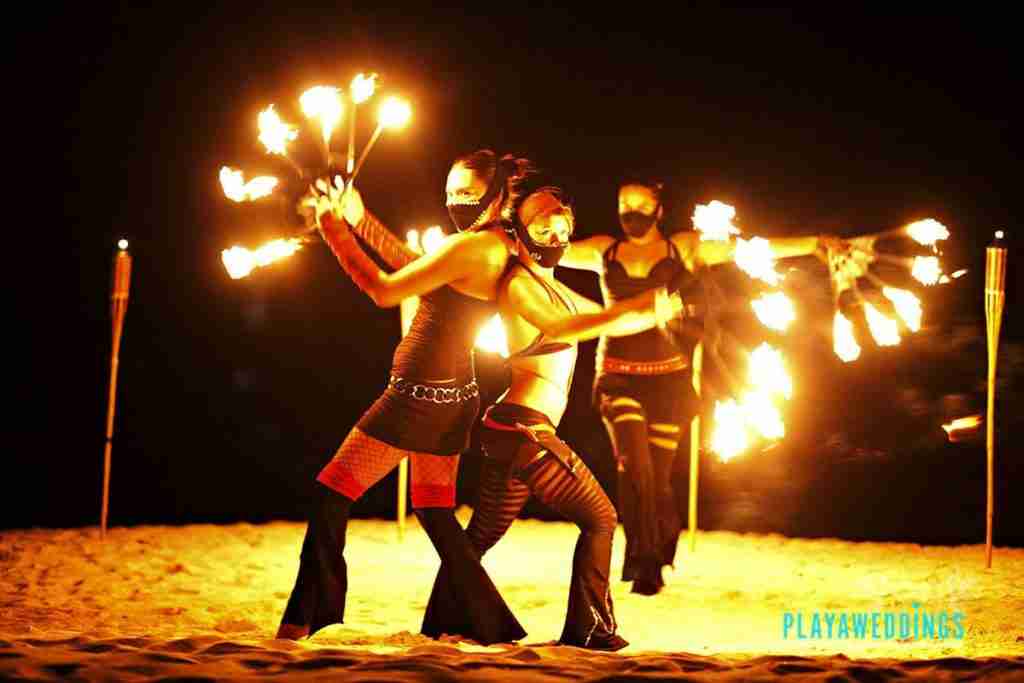 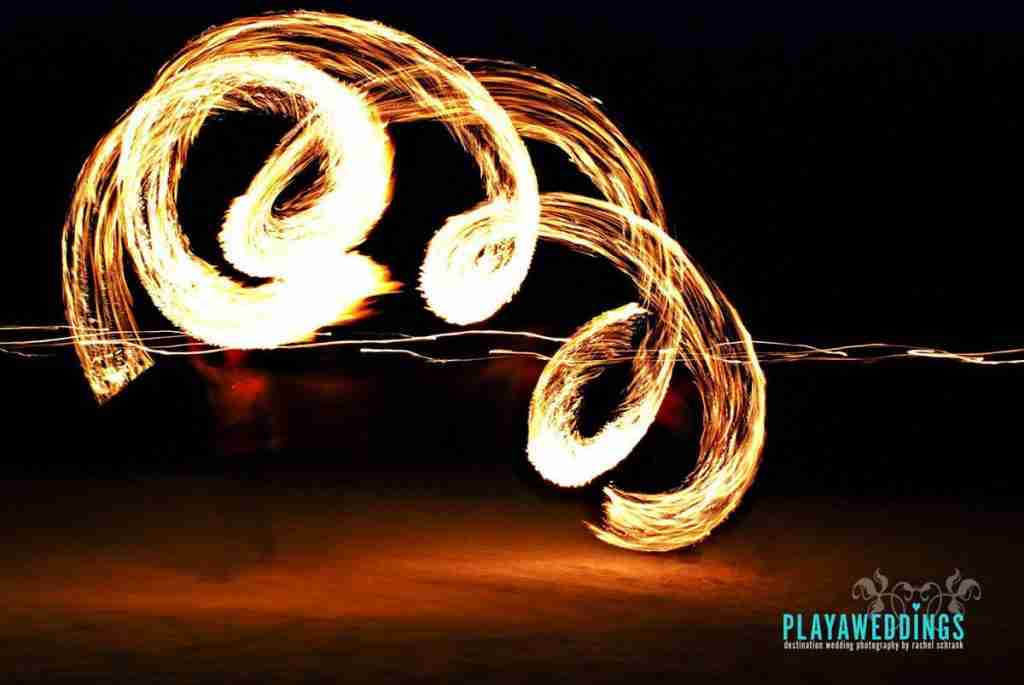 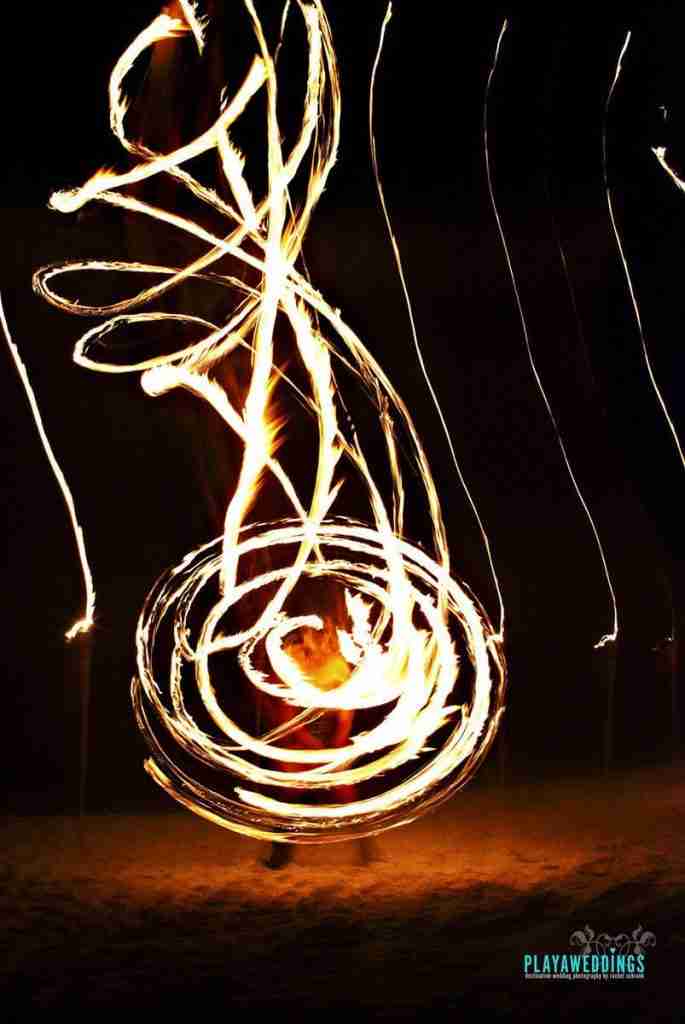 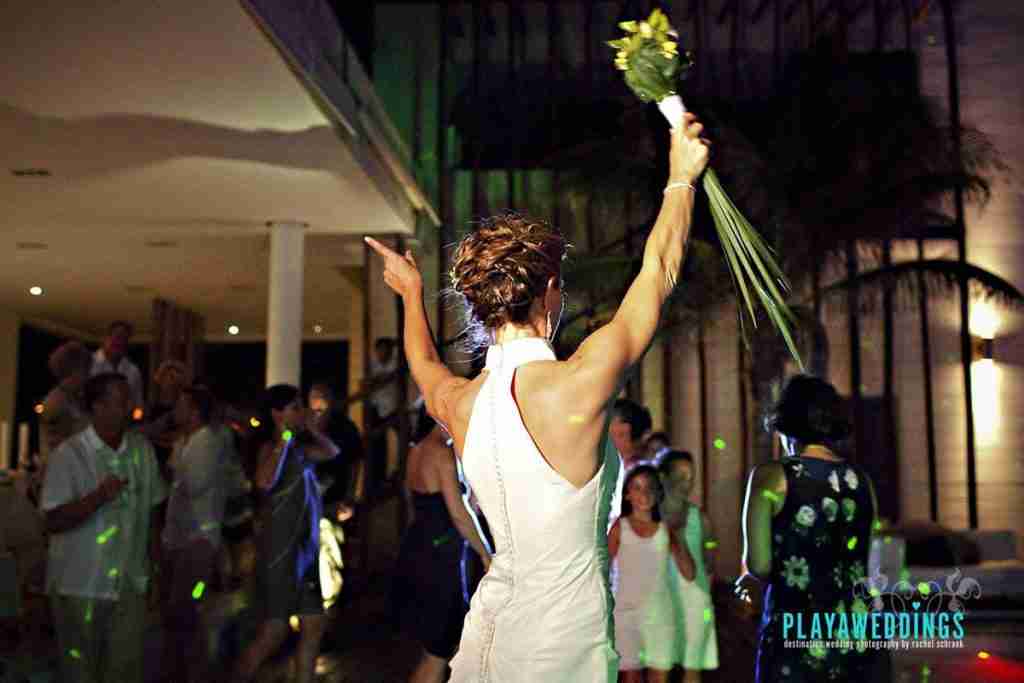 Well, i have one more anecdote to share about Tamara. That goes way before the wedding. She had the biggest tasting in the history of all the tastings I have done in 17 years. Chef Luis accepted it, not without grinning. It was Tamara, her mom and of me. They loved everything, but half way through the tasting we had way more than enough.

My beloved chef came out of the kitchen after hearing that and from his 5 6” height (he kind of looked 6 4” that moment) and he said very quietly: I am sorry. You made me cook all this and now you are going to try it all. We all felt like little kids and very obediently did as we were told. I won’t comment on the way we ended up walking to my car! 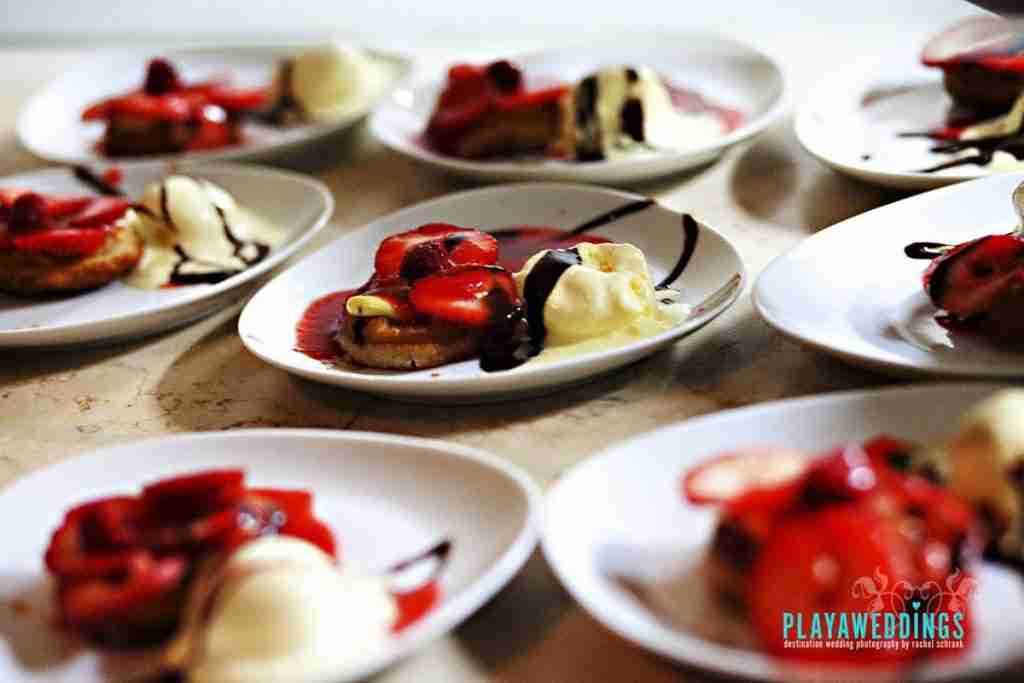 It has probably been 7 years since that wedding.
We do not remember the names of all the couples. Though we remember the faces, those little stories and what they made us feel. This is what makes our job the best in the world.

With love
Erica and Maria

Details of the wedding

Pictures courtesy of www.playaweddings.com
Details of the wedding 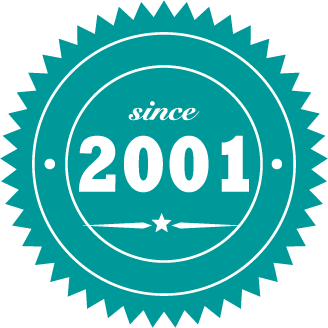 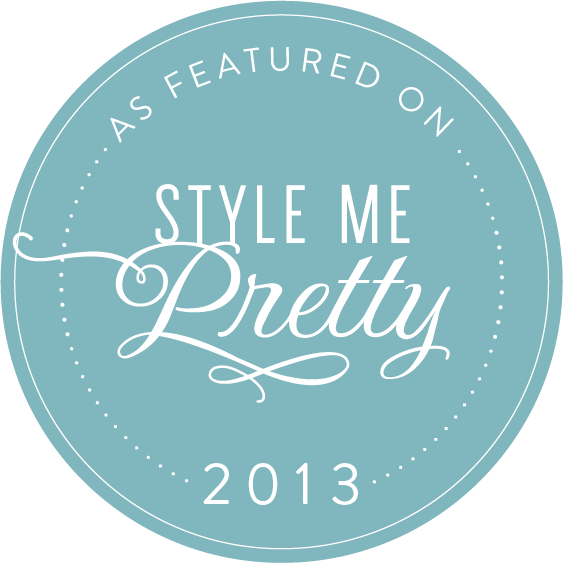 Love fire are 1 for Simply Red: you’ve got a sti

The crazy things you can see on a Mexican Day 😂

The most romantic honeymoon IS Venice... Weddingsi

Beauty and class are natural for our brides! #brid

Celebrate your beautiful wedding on the beach is a

Beauty is everywhere,on the road, when you walk, a

Why will you get married on a tropical Mexican bea